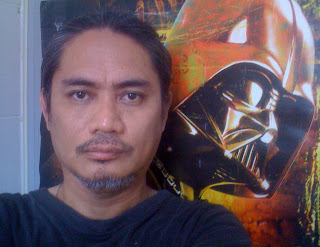 "When I left you I was but the learner. Now I am the master. ~ Darth Vader"

(Do you know that : David Prowse, played Darth Vader on screen but the voice was that of James Earl Jones. He was so convinced the film would be a flop, he refused to allow his name in the original credits. ~ Source HERE)
Posted by uncle gedek at 11:33 AM

Visibly aging, I am a creative yet conservative man, who prize originality and humor in all around me. Never judgemental, working hard and living in my own rocking world, I welcome you into mine... 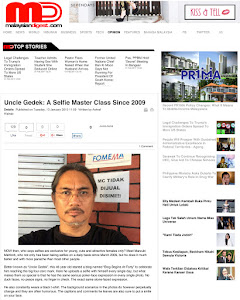 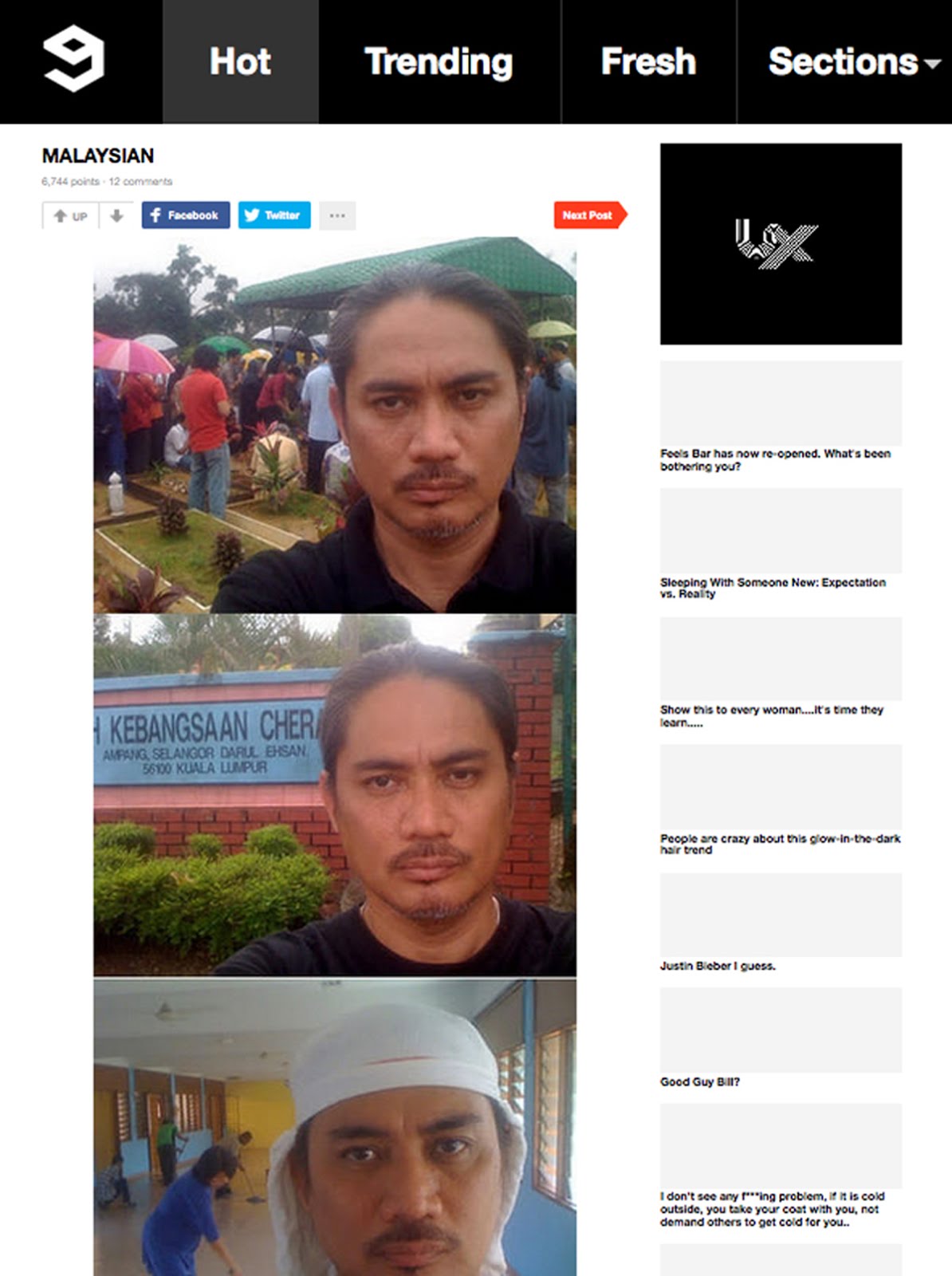 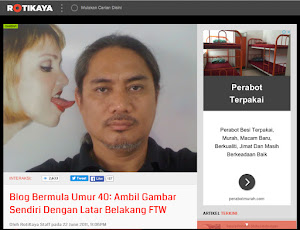 Why? I graduated in Commercial Art in 1990, and have been working in the design world ever since. Would that explain why I am so visually-oriented?

Who? I’m not particularly important. But the people whom I love are… Married to Leena Mohd Taib in 1994. Proud father of Azri, Aini and Anis.

Will you update your blog every day? I will make an effort to capture my self each and every day, but uploading might be a little off-schedule.

What about equipment? Most of the time, it will be the trusty ‘ole iSight on my Macbook Black. If not, I’ll use my iPhone or any camera…

Do you wear black every day? Ha ha! No, but wearing black is liberating, and as such, I have many many many black colored things in the wardrobe..!

Until when will you blog? I dunno, really…

What time will you update your blog and where? There’s no specific set time, but usually I’ll update in the morning at my office, if not it’ll be at home before I sleep.

Why would you do such a thing? I wanna beat Van Gogh! He did over 30 self-portraits between the years 1886 and 1889! No, seriously... just want to see, document and share these observations… One day, you’ll look in the mirror and not recognize yourself. That is not something I look forward to…

Is this your original idea? Yes! It was my original idea for about 3 weeks until I found out Noah Kalina has been doing this from the year 2000 till now! (Awesome). Surprisingly after that I found out another guy, Jonathan Keller has a same project which he start from the year 1998 till now! (Super Awesome!) And I really-really adore Dan Hanna who started his project on 1991..! Never forget Hugo Cornellier who starts his selfie project since he was 12 years old! WOW! ~What can I say... "Great Minds Think Alike..." Ha ha!

SELF-PORTRAIT - ACCORDING TO WIKIPEDIA

A SELF-PORTRAIT IS A REPRESENTATION OF AN ARTIST, DRAWN, PAINTED, OR SCULPTED BY THE ARTIST. ALTHOUGH SELF-PORTRAITS HAVE BEEN MADE BY ARTISTS SINCE THE EARLIEST TIMES, IT IS NOT UNTIL THEEARLY RENAISSANCE IN THE MID 1400S THAT ARTISTS CAN BE FREQUENTLY IDENTIFIED DEPICTING THEMSELVES AS EITHER THE MAIN SUBJECT, OR AS IMPORTANT CHARACTERS IN THEIR WORK. WITH BETTER AND CHEAPER MIRRORS, AND THE ADVENT OF THE PANEL PORTRAIT, MANY PAINTERS, SCULPTORS AND PRINTMAKERS TRIED SOME FORM OF SELF-PORTRAITURE. THE PORTRAIT OF A MAN BY JAN VAN EYCK OF 1433 IS THE EARLIEST KNOWN PANEL SELF-PORTRAIT. HE PAINTED A SEPARATE PORTRAIT OF HIS WIFE, AND HE BELONGED TO THE SOCIAL GROUP THAT HAD BEGUN TO COMMISSION PORTRAITS, ALREADY MORE COMMON AMONG WEALTHY NETHERLANDERS THAN SOUTH OF THE ALPS. THE GENRE IS VENERABLE, BUT NOT UNTIL THE RENAISSANCE, WITH INCREASED WEALTH AND INTEREST IN THE INDIVIDUAL AS A SUBJECT, DID IT BECOME TRULY POPULAR.